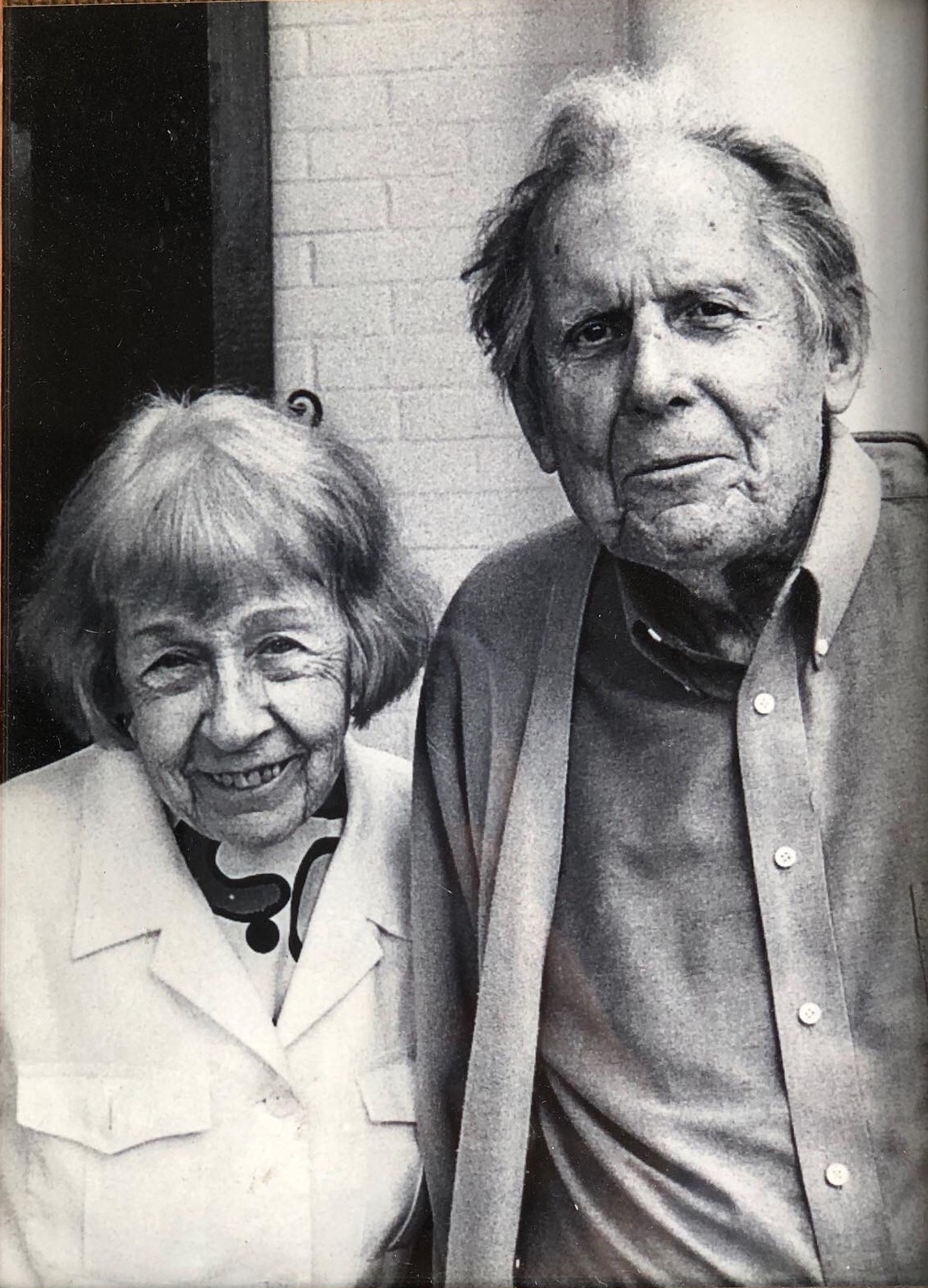 Green Mountain Monastery is one of Thomas Berry's most cherished legacies.

I think of you often and ask the angels to keep watch over you  and your mission.

(In a letter to us from Margaret Berry)

We want to honor and recognize Margaret Berry, the sister of Thomas Berry, our close friend, wise guide and loving supporter who holds a significant place in our lives and community.

Margaret was a steady presence and beautiful model of integrity and generosity for over twenty years, from our early beginnings until her death in 2019.

Always a significant part of our visits with Thomas in Greensboro, North Carolina, Margaret was always interested in what was unfolding in our lives and mission.

Margaret always expressed her delight at the synchronicity of how we ended up establishing Green Mountain Monastery in Greensboro, Vermont since she and Thomas were born and in later years lived in Greensboro, North Carolina.

Our respective places came to be known as Greensboro North and Greensboro South.

When first telling Thomas about this synchronicity, he replied, “A touch of heaven!”  and Margaret agreed.

The last time we saw Margaret was at the wonderful celebration of her 100th birthday in Greensboro, North Carolina with the Berry Family.

Margaret passed on August 13, 2019.  We love you Margaret and hold you forever close to our hearts!

Margaret Berry has deep connections with St. Benedicts Church.  She was baptized here in 1918, had her first communion here, attended grade school here, attended the weddings of some of her 12 siblings here, watched her nephews serve on the alter here and joined family funerals here… and now comes back one last time for this Memorial Mass.  Thank you to Father Duke and the church congregation for welcoming us here for this important celebration.

She thought the world of her Mother and Father and spoke often of the hallmark trait of the Berry family business, now called Berico Fuels, which was integrity and dependability. Traits that I noticed were prominent in Margaret and her siblings and are certainly still evident in the business today. They valued the natural world. Selfishness was not tolerated in their childhood home and was never a part of Margaret’s character.

When speaking of her adult life, Margaret said it was divided into threes: her time spent as a nun with the Daughters of Charity teaching the young catholic women at St. Josephs College, followed by a few decades teaching English and Asian studies at John Carroll University in Cleveland, Ohio, then at the age of 74 returning to Greensboro where she continued many intellectual pursuits and began helping her older brother, Father Thomas Berry, a Passionist priest and an important environmental thinker who had also came home for the last part of his life.

I must say that Margaret was the most forgiving person I ever knew.  It was from her that I first heard the Tolstoy quote from War and Peace “To understand all is to forgive all.” She never spoke harshly of another person, ever.

It is impossible to consider Margaret Berry’s life without recognizing the influence of her older brother Thomas, whom the family called Brother. Margaret always remarked that whatever Brother did, she did.

She thought it significant that they were both Scorpios.

So we have heard how Margaret was influenced by her brother.  I would like to share with you how much Thomas Berry depended upon his sister Margaret. When Father Thomas, Brother, arrived in Greensboro 1995, she immediately became his aide to further the work of his upcoming books and manuscripts. Imagine how much you could get done if Margaret Berry were your aide.  She began sending material to Harvard University Library when they expressed interest in acquiring his archives, her last box, the 118th, was sent at the age of 97.  One attorney visiting to seek council with Thomas Berry remarked Margaret could outwork his entire office staff of seven.

Towards the end of his life, Brother’s thought remained clear, but names evaded him sometimes. When that happened he would call Margaret and she would instantly come up with the needed information.  One day as we were talking about a subject recorded in my notes but lost to me now and he was struggling for the name of an author to illustrate a point.  After a short pause he picked up the phone, dialed her number and said, not “hello” or “can you help me with something”, just “The map is not the territory.” Nothing else, just “the map is not the territory.”  A moment of quiet ensued which I interpreted as Margaret commanding Google to cough up the author’s name and less than a minute later he hung up without saying another word to her and said to me: Alfred Korzybski.  There was no need for hello or good-by because their lives were so intertwined during those years that salutations would have been superfluous. They never really left each other.

And so now I say to you dear Margaret:  You are a hard act to follow.  We will miss you.  May you rest in peace.